The Symphony Choir is the oldest part of the association, having started as a men’s choir of Vindicat atque Polit. Currently, the symphony choir has around 50 members and it is open to anyone who likes singing; there is no audition required to join!

At least twice a year, the choir performs one or more pieces with the symphony orchestra’s accompaniment. The works range from the baroque period to compositions by living composers. Recently, the choir has sung works such as Mozart’s Requiem, the last movement of Beethoven’s ninth symphony and the Matthew Passion by Bach. Also, however, more modern pieces such as the Magnificat by Rutter have been done in the past years.

Each season, at least two per academic year, there are two rehearsal weekends; one each for the symphony choir and orchestra seperately, and one joint rehearsal weekend. These weekends always lead to a lot of musical progress, fun and a lack of sleep. 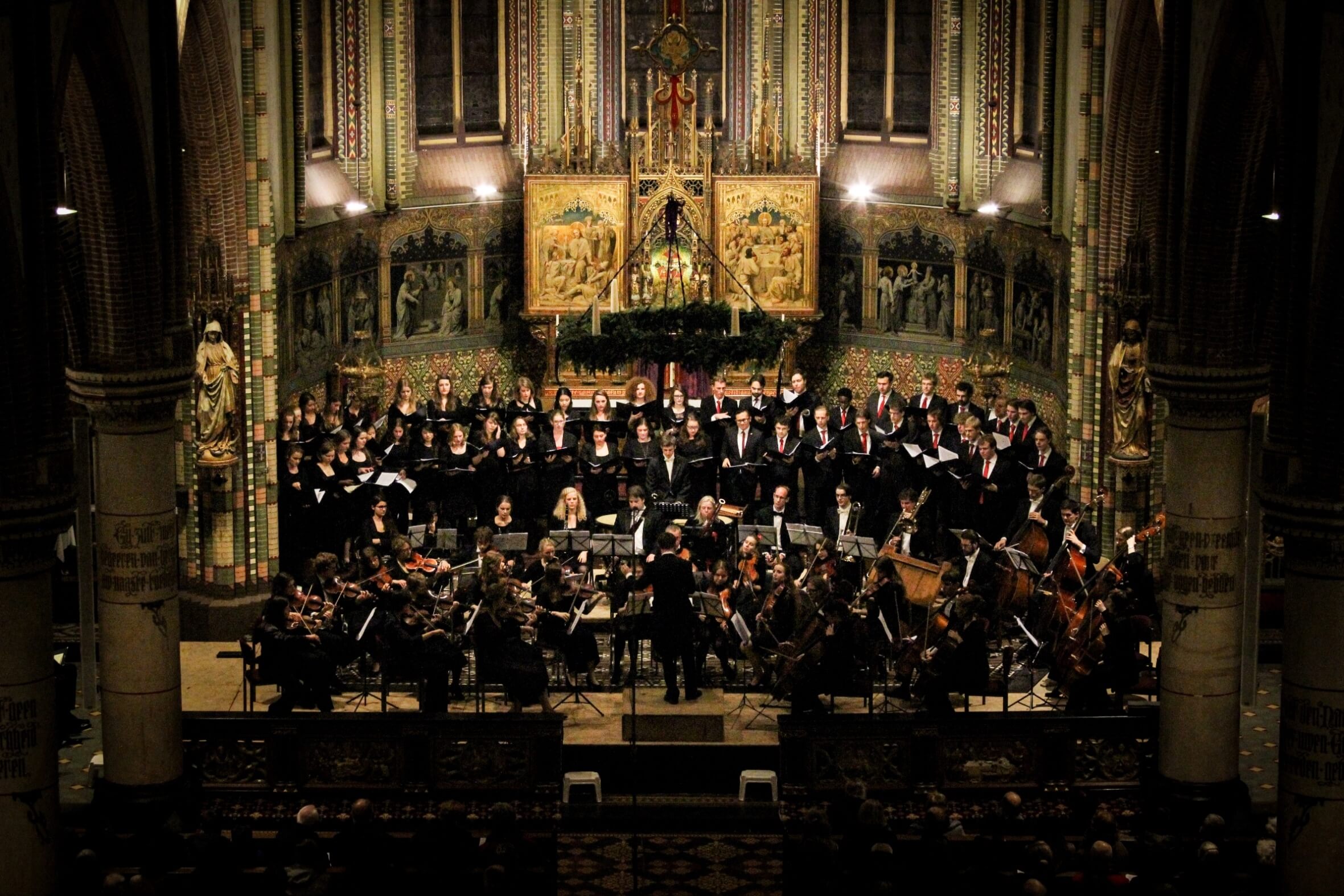 The programme for 2020 is as follows:

The association -and of course the symphony choir included- has formed a tradition of traveling abroad to play music there. In December 2003 the orchestra of the Technical university in Budapest invited Bragi to visit, and in May 2005 the orchestra and symphony choir took part in an international festival in Belfort, France. In the following years the association has travelled to Tuscany, Madrid, Poland, Croatia and Italy. Two years ago, GSMG Bragi partook in the International Youth Music Festival in Bratislava, where it has won silver and gold medals. In 2019, the association went to Berlin and Krakow, and sang, amongst other incredible locations, in the Berliner Dom.

Since April 2008 the symphony choir is conducted by Jeroen Helder, who conducts the choir, and often the accompanying orchestra as well. Jeroen conducts Bragi, but also various other choirs in the North of the Netherlands, and has a career as professional singer. As well as a performing musician, he also gives singing and piano lessons.

To sing with the symphony choir, you do not need to audition; everyone is welcome to join us! Some base knowledge of music theorie and an ability to read notes is always a plus, but not absolutely necessary.

The symphony choir rehearses every Monday evening from 7:30 until 10:15 p.m. in the Old Forum (Hereplein 73) in Groningen.

You are welcome to take a look on any regular rehearsal, come sing along and see if you would like to join the choir!